In September we held our second annual volunteer appreciation dinner to recognize the valuable work and time our water quality monitoring volunteers have donated over the past year.  This year we recognized six individuals, teams, or groups for their outstanding work in volunteer monitoring. 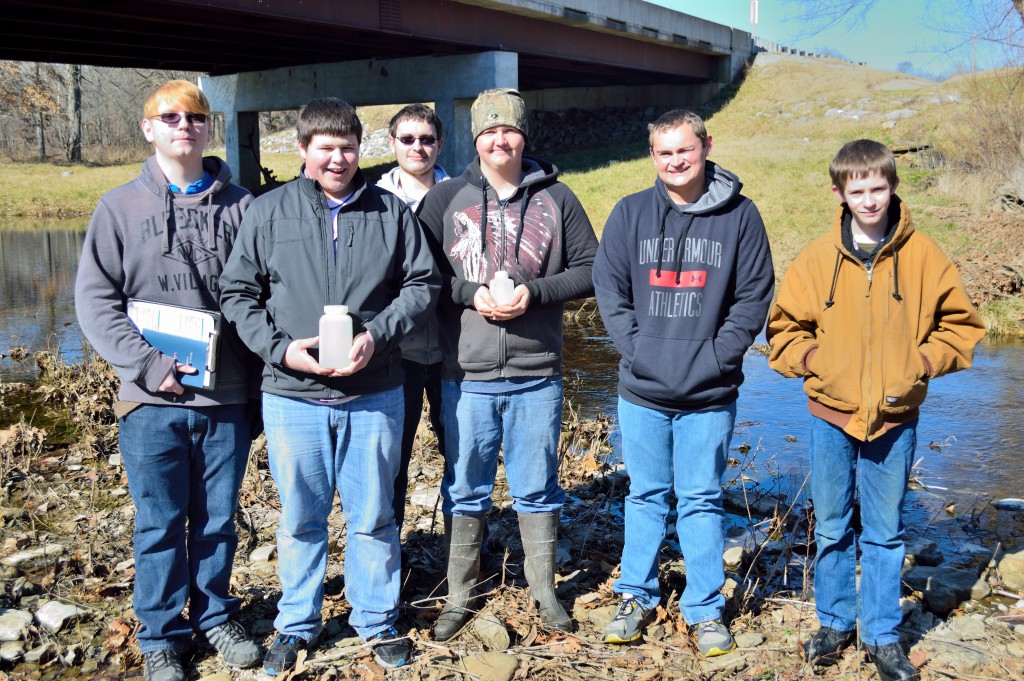 For the past year, these high school students have been monitoring Holman Creek upstream and downstream of the city of Huntsville.  These students have volunteered their time to learn about water quality monitoring and collect water quality samples.  The data they have received back is being used in their school projects.  We are very grateful to have this partnership with Huntsville High East program and their teacher, Kevin Shinn. 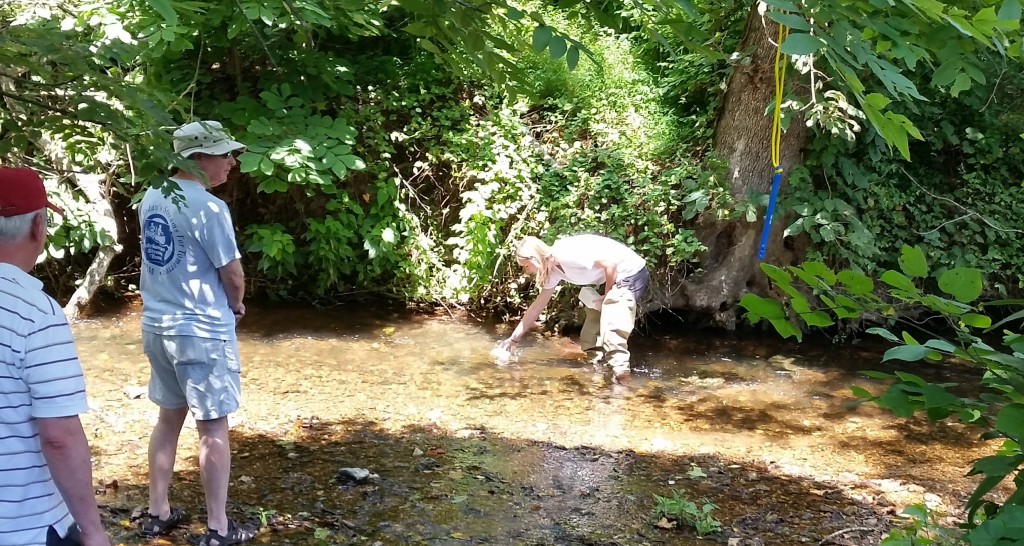 Erin Scott of the Arkansas Water Resources Center demonstrates the proper way to collect a sample during Stream Smart Volunteer Training in July, 2015

Arkansas Water Resources Center has been a partner with the StreamSmart program since the program began in 2012.  Through their role as a certified lab, they have analyzed our stream samples and provided high quality, reliable data that sets our volunteer stream monitoring apart.  Additionally, their expertise in water quality monitoring has guided the development of our program, volunteer training, and data analysis.  Thank you to AWRC for their on-going partnership with the Beaver LakeSmart program.  We could not do this with you! 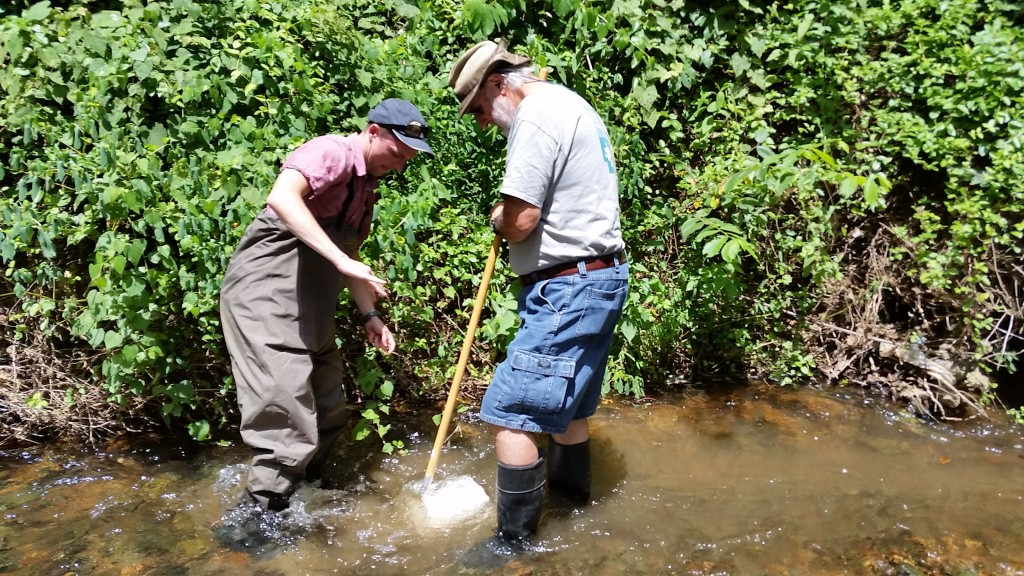 Hal is a research assistant and PhD candidate at the University of Arkansas.  He is also a SUPER volunteer!  Hal became involved in the StreamSmart program through his volunteer work with the Beaver Watershed Alliance and his interest in stream ecology.  During the past year, Hal has volunteered with Beaver LakeSmart and Ozarks Water Watch by teaching the StreamSmart volunteers how to properly collect and assess macroinvertebrates in the field, joining the Withrow Springs team to do quarterly volunteer monitoring, and leading the macroinvertebrate booth at the Ozarks Water Watch table for Secchi Day!  Thank you, Hal, for all of the work you have contributed to educating people about our watersheds and protecting Beaver Lake! 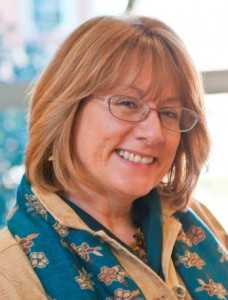 Wendi began working with StreamSmart in 2014 by adopting two sites in Fayetteville.  She connected with us through her volunteer work and training with the Northwest Arkansas Master Naturalists.  As a team leader, Wendi is responsible for organizing her team and completing the monitoring of her sites.  Since adopting her sites on Town Branch and on the Middle Fork of the White River, Wendi has recruited her entire family to become part of her team including her husband and children, who are currently attending college!  Additionally, Wendi has been a great supporter of our volunteer monitoring programs by promoting our program with other master naturalists and inviting me to participate in advanced master naturalists trainings!  Thank you, Wendi, for being a great educator and water quality advocate! 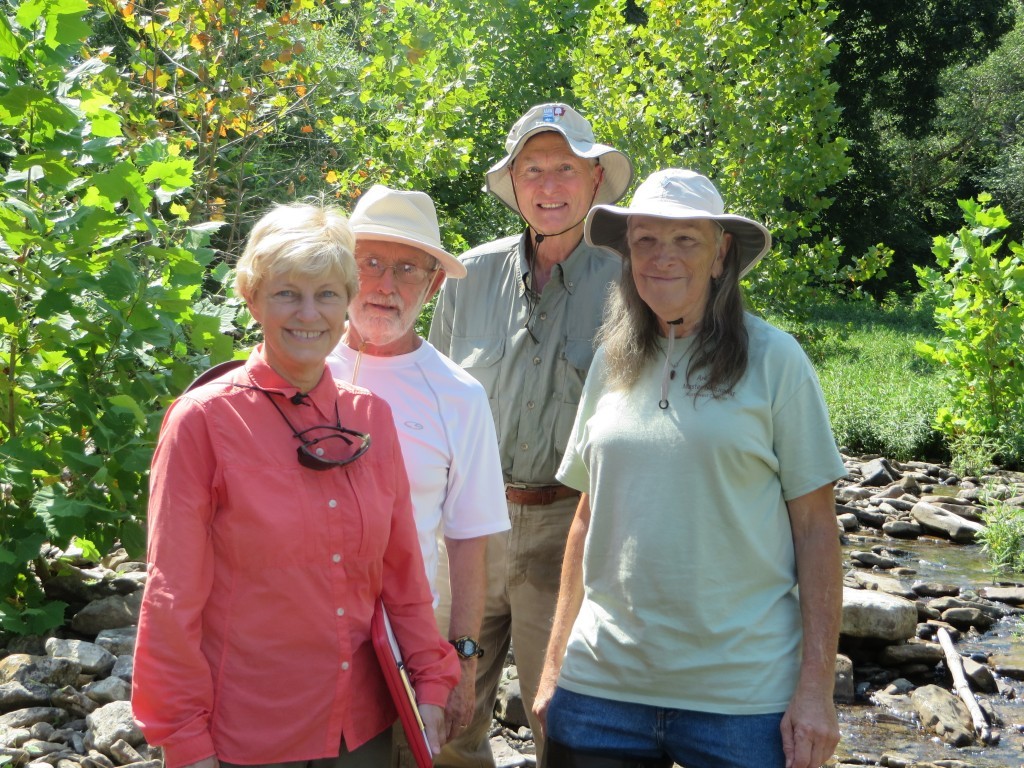 This team has had to overcome some monitoring challenges since they began monitoring, in 2014.  The team eagerly adopted a much needed site on West Fork at Brentwood Park.  The challenges began with trying to traverse some steep banks to access the stream and continued when we realized the bedrock, which comprises most of the streambed, was covered in a thin layer of algae and sediment, making it very slippery and difficult to work in the stream.  Despite the physical challenges of the location and the sometimes limited window of time available to the team for monitoring due to other commitments, this team has managed to complete monitoring each quarter since they adopted the site.  With only two sites currently being monitored in the West Fork watershed, their volunteer time and work has been important to collecting data in one of the most important and targeted sub-watersheds of the Beaver Lake Watershed.  Congratulations to Martha, Thurman, Gary, and Janis on a job well done! 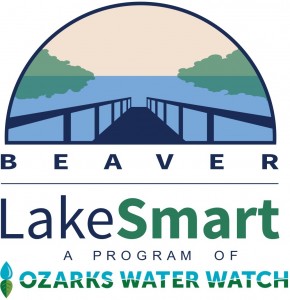