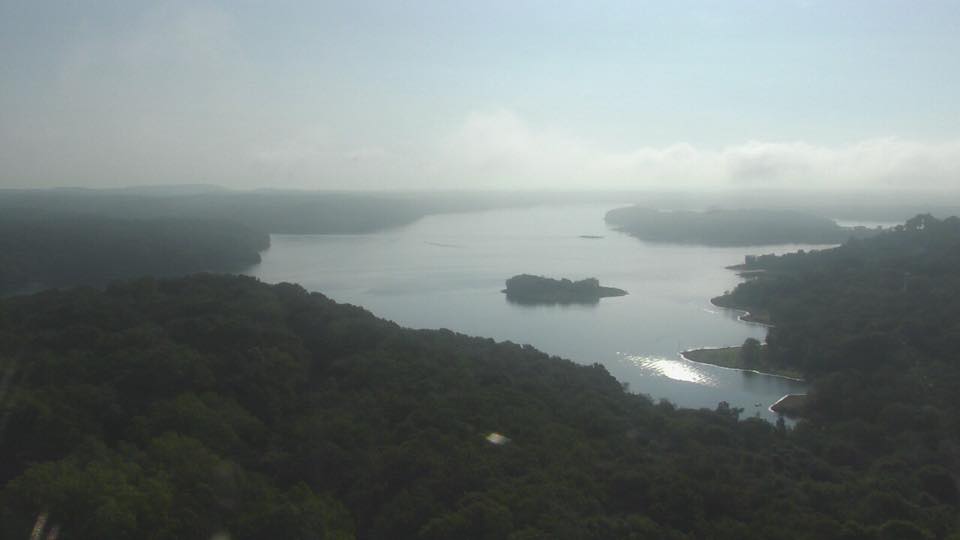 During my time here in Northwest Arkansas, I have learned people are intrigued, mystified, or down right confused by the concept of lake turnover.  It seems if people experience a change in the taste or smell of the water at the tap, they say “well the lake must be turning over.”  If the fish stop biting one Saturday, they blame it on lake turnover.  Some people think the lake turns over twice a year, while others think the lake turns over four times a year.  One person even believed the lake turned over every night. Another person believed the US Army Corps of Engineers pushed a button to make the lake turn over.

What is lake turnover?

Lake Turnover  is the mixing of lake water when air temperature and winds cool water at the surface causing it to become denser, sinking to the bottom of the lake, pushing water up from the bottom.

Think of “lake turnover” more as mixing of water, rather than flipping the lake over.

Graphic of fall lake turnover provided courtesy of Beaver Water District and adapted from Figure 44.10 in “Ecology and the Biosphere” (Candela Learning).

When does lake turnover happen?

Lake Turnover typically happens in the fall, towards the end of September.

What causes lake turnover to happen?

Lake turnover happens around late September, as a result of changing temperatures at the surface of the lake, where the water is the warmest.  Over the summer months, as water at the surface warms, the surface water becomes less dense than water at the bottom of the lake.  The colder denser water will stay at the bottom, while the warmer and less dense water will float on top.  This division of water in the lake is referred to as thermal stratification and refers to a change in the temperature at different depths in the lake, and is associated with the change in water’s density with temperature.

Thermal Stratification in a lake

Ⅰ. Epilimnion – Warm water and lower density, floats at the top during the summer

Ⅲ. Hypolimnion – Cold water and higher density, sits at the bottom during the summer

The scales are used to associate each section of the stratification to their corresponding depths and temperatures. The arrow is used to show the movement of wind over the surface of the water which initiates the turnover in the epilimnion and the hypolimnion.

Water is densest and heaviest at 4oC or approximately 39oF.

In the fall, as winds increase and temperatures cool, water will become denser sinking to the bottom of the lake and pushing up water that was sitting at the bottom.

How often does Beaver Lake turn over?

Beaver Lake turns over once a year, around late September when the water cools and begins sinking to the bottom of the lake, pushing water up from the bottom.  During other times of the year, the lake is either mixing uniformly or is in thermal stratification.  Lakes and reservoirs that stratify and mix once a year are “Monomictic.” 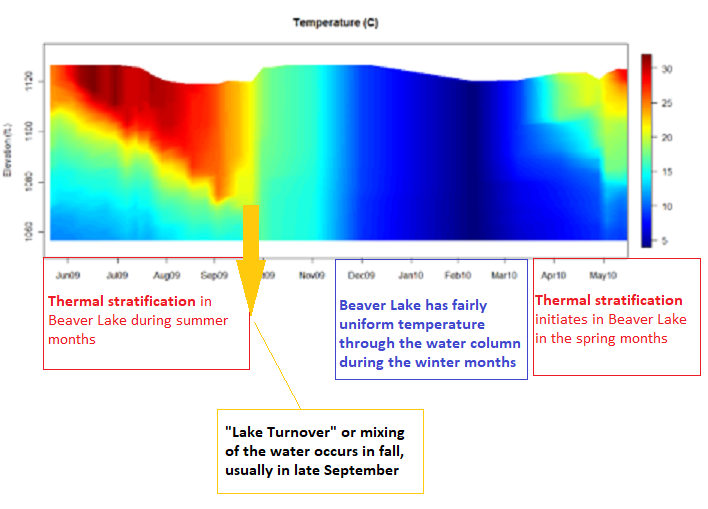 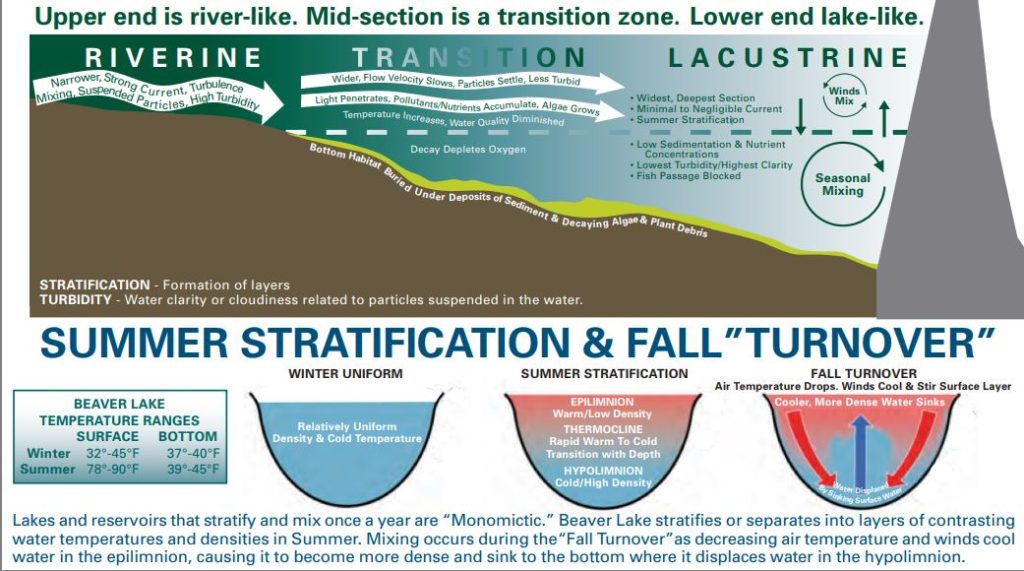 I hope this blog has helped answer your questions about “lake turnover” on Beaver Lake and all of our reservoirs in the Upper White River Basin.